The Belgium Pro League is one of the most exciting leagues to watch, and even though it is not as popular as the English Premier League, it offers a lot.

Featuring the likes of Anderlecht, Gent, Zulte Waregem, Standard Liege, Club Brugge, and many other teams in the League, it never gets boring as every game offers you pleasure.

However, the good news is that you can now watch the Belgium Jupiler League matches live on DStv, as they have partnered with ESPN, who have the broadcast rights to show the matches live on tv.

So, if you want to join the fun and watch all the Belgium Pro League matches live on Dstv, you must get yourself a DStv decoder today and watch the games live on SuperSport ESPN.

But someone may ask, which channels show Belgium League on DStv? To get all the answers about that, kindly read below.

Yes, DStv shows all matches from the Belgium league as they have partnered with ESPN to show every game in the League live on the ESPN 2 channel on DStv.

Dstv has partnered with ESPN, who has the broadcast rights to the Belgium league to show all the matches. However, customers of Dstv who want to watch the Belgian League must subscribe to the DStv Compact package and above to access all the matches.

To watch Belgium League on Dstv, you must subscribe to the following Dstv bouquets;

Which Channel Is Showing Belgium League Match On DStv

ESPN 1 channel is showing the Belgium League match live right on DStv. Kindly switch to DStv channel 218 to watch the match live. Also, you can stream the game online via the DStv Now App on your smartphone.

What Channel Number Is Belgium On DStv

The Belgium League is on DStv channel 218, which is ESPN 1 on DStv. So, to watch Belgium league matches live on DStv, you can switch to channel 218 and access the games on tv.

Which Channel Is Showing Anderlecht Vs Club Brugge On DStv

ESPN 1 is showing the Anderlecht Vs Club Brugge match live on DStv right now. If you have an active subscription of the DStv Compact package and above, you can switch to channel 218 on DStv to watch the game.

That is how to watch the Belgium Pro League on DStv today. 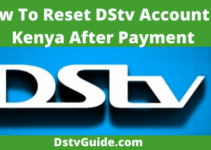 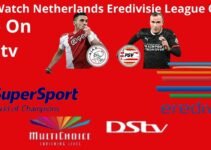