Are you a fan of German football? then I guess you used to watch the German Bundesliga every weekend on your TV. Maybe you are a Bayern Munich fan, or you love watching Borussia Dortmund matches. Worry not. Here is the Dstv Bundesliga guide.

In this guide, I will share details on how to watch the German Bundesliga matches live on Dstv. I know you are in doubt about it, but trust me, that is possible.

The German Bundesliga is one of the most entertaining football League competitions across Europe.

Over the years, it has produced numerous iconic football stars in world football.

A few years back, DStv had the right to show the German League matches, but unfortunately, they lost the right after some time.

That raised many questions from customers asking which channel Bundesliga is on DStv, how can I watch Bundesliga matches on DStv, which DStv channel will show German Bundesliga 2021, and many others.

For that reason, we took it upon ourselves to find a way to assist customers who are finding it difficult to watch German Bundesliga matches live on DStv.

The unfortunate news is that Dstv does not have rights for the German Bundesliga.

But worry not, we have good news for you, and we will show you how you can watch Bundesliga games on DStv.

So Let’s Begin if you are ready.

Yes, DStv shows the German Bundesliga, but note that you can not watch it on SuperSport channels as they do not have the right to telecast the matches. But customers with SABC channels can watch the Bundesliga matches live on DStv.

SABC3 channel shows Bundesliga matches live on DStv. So if you are a DStv customer, you can subscribe to the DStv premium bouquet to get the SABC channels on DStv and watch the German league.

Moreover, DStv South Africa customers can subscribe to any DStv packages to get SABC channels and watch the German Bundesliga matches.

Why DStv Not Showing Bundesliga

Dstv is not showing Bundesliga matches because they do not have the right to air any of the games on Supersport, but if you want to watch the German league on DStv, you can get the games live on SABC channels on DStv.

You can watch German Bundesliga on the following DStv packages:

NOTE: Because SABC shows the Bundesliga matches on DStv, you must ensure that you have subscribed to a DStv package with SABC channels.

For DStv customers in South Africa, you can subscribe to any DStv package from family to premium, which will give you access or SABC channels and watch the German league live.

The DStv Bundesliga channel 2022 is the SABC3 channel on DStv. It is available to DStv customers mostly in South Africa and other parts of Africa.

So if you want to watch the Bundesliga on DStv, you must ensure that you have subscribed to a package that has SABC3.

What Channel Number Is Bundesliga On DStv

German Bundesliga is on DStv channel number 193. So if you want to watch the German league on your DStv decoder, you can press 193 to switch to the Bundesliga channel and have access to watch German league matches live.

That is the DStv Budesliga Guide. We shall share with you more details and add more relevant information. 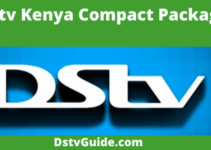