Are you a fan of Ajax Amsterdam, PSV Eindhoven, Feyenoord Rotterdam, or Vitesse Arnhem, then here’s the DStv Netherlands Eredivisie League guide.

This DStv guide will show you how you can watch the Netherlands Eredivisie League matches live on DStv.

The Dutch League is very popular for its free-flowing football and intensity of play, coupled with young Talent from Ajax Amsterdam, PSV Eindhoven, and many others.

On the African continent, no TV package can match DStv when it comes to football broadcasts.

Even when they do not have the official right to telecast the league match, they partner with other top pay-tv services to provide their customers with live broadcasts of matches from the most entertaining leagues worldwide.

Currently, they have partnered with ESPN to give their customers access to a wide range of other football events, including the Dutch Eredivisie League.

Now the Netherlands Eredivisie League is back on DStv.

You can subscribe to the DStv compact package and above to watch all live matches from Ajax Amsterdam, PSV Eindhoven, and many other top teams in the Holland Eredivisie League.

Yes, you can watch all live matches from the Netherlands Eredivisie League live on DStv on the ESPN2 channel.

Ensure that you have an active subscription of DStv Compact, Compact Plus, and Premium package on your DStv account to get all live matches from the Dutch league live on DStv.

ESPN2 channel on DStv shows all live matches from the Dutch league, including Ajax Amsterdam, PSV Eindhoven, Feyenoord Rotterdam, and many teams.

If you do not have the ESPN channel among your channel list, you can not watch Netherlands Eredivisie League games on DStv.

SuperSport does not show any match from the Dutch league as they do not have the broadcast right to air any of the matches in the Netherlands Eredivisie League.

However, if you want to watch any of the Dutch league games on DStv, you can get it on the ESPN2 channel.

Which Channel Is Showing Ajax League Match On DStv

The Ajax League match is showing live right now on the ESPN2 channel on DStv.

To watch the game, you can switch to the ESPN channel on DStv.

Ensure that you have subscribed to the DStv Compact, Compact Plus, or Premium bouquet to watch the match.

If you want to watch the Netherlands Eredivisie league matches live on DStv, you can subscribe to the following package:

That is how to watch the Dutch league matches live on DStv. 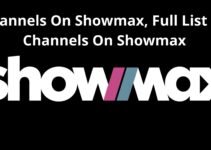 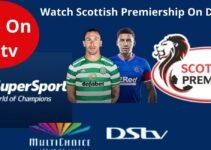