As much as fans have anticipated, finally, the Paris Olympic Games 2024 is taking place. Many fans from across the world are looking forward to joining the excitement from the numerous sports disciplines in the tournament.

In the past few years, the Olympic Games have given us one of the most exciting moments as far as many sports events are concerned.

However, the excitement never stops. The Olympic Games consist of numerous sports events from all sports activities, including athletics, football, boxing, long jump, judo, and many others.

One of the most beautiful things about the Olympic games is how it brings together fans from all sports disciplines.

Moreover, irrespective of the type of sports fan you are, it is time to join the most exciting moment in the summer Paralympics and catch all the action from the Paris Olympic Games live on DStv SuperSport.

Multichoice DStv has acquired the rights to broadcast the 2024 Paris Olympic Games live on SuperSport in sub-Saharan Africa.

If you are a DStv customer, here is the moment to watch the most entertaining sports events in the Olympic games, including athletics, triple jump, long jump, boxing, football, Cycling, and many others.

Typically, you should know by now which channel shows the Paris Olympic Games on DStv, but in case you are not aware, worry not.

This guide will give you full details on how to watch the Paris Olympic Games 2024 on DStv on SuperSport.

Maybe it is time to ditch your old TV and buy yourself a DStv decoder that would give you crystal clear pictures to enjoy every moment of the Olympic games in Paris live on your TV screen.

Let’s find out which channel will show the Paris Olympic Games on DStv and how to watch them.

SuperSport will show this year’s Paris Olympic Games live on DStv. For that reason, Multichoice DStv has created a dedicated channel that will broadcast all Live games from the Paris Olympics 2024.

However, for customers of DStv to watch all events in the Paris Olympic Games live on SuperSport on DStv, it is recommended that you subscribe to the DStv Family, Compact, Compact Plus, and Premium package.

Dstv has launched 8 dedicated SuperSport channels that will broadcast live coverage of the Paris Olympic Games live. The SuperSport Olympic channels will be available to DStv customers on Compact, Compact Plus, Premium, and Family bouquets on DStv channels 222 & 202.

You can watch the Paris Olympic Games live on SuperSport channel 222, & 202 on DStv. It is available to all Dstv customers with an active subscription of DStv Compact, Family, Compact Plus, and Premium packages.

However, DStv has launched 8 dedicated Supersport Channels for the Paris Olympics Games, and each one is dedicated to showing a different event from the competition.

The table below is the list of SuperSport Dedicated Olympics Channels:

Which Channel Is Olympic Games On DStv

What Channel Number Is Olympic Games On DStv

You can get the Olympic Games live on SuperSport channel number 222, 223, 202, 203, and others on DStv, as those are the dedicated channel to show the Olympic tournament live on DStv.

Customers of Multichoice can watch the Paris Olympic Games live on the following DStv packages:

That is all we have for you in this DStv Olympic Games guide. 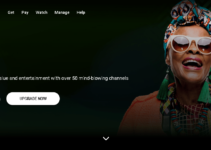 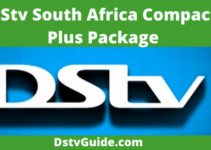