You do not need to worry about the kind of package you have subscribed to.

We got you covered.

The UEFA Champions League is the biggest club competition in European football history, and over the years, it has delivered everything the games produce.

If you are a football fan, you will agree with me that nothing is more fascinating on a Champions League night than getting glued to your TV screen and watching every moment live.

As the 2021/2022 UEFA Champions League is underway, you can not miss any games as all the big teams like FC Barcelona, Paris Saint-Germain, Manchester United, Liverpool, Chelsea, Man City, Bayern Munich, Real Madrid, and many others have added more quality to their squad.

So, this year’s UCL will be very interesting to watch, and if you are in Africa, it is time to get yourself a DStv decoder or pay your DStv subscription to watch all the UEFA Champions League matches live on Supersport.

However, if you already have a DStv decoder and an active subscription on your account, read below to know how to watch UEFA Champions League matches live on DStv.

Multichoice DStv has acquired the TV broadcast rights to show all the UEFA Champions League matches live on SuperSport on DStv.

So, if you have an active subscription on your DStv account, you can watch UCL games live.

All matches in the UEFA Champions League will be live on SuperSport on DStv.

But before you watch any of the matches, you must ensure you have an active subscription to the DStv Compact package and above.

The home of Champions League matches on DStv is the SuperSport Football Plus channel.

It is available to all DStv Compact Plus and Premium subscribers.

So, in 2021/2022 you can watch UCL matches live on the SuperSport Football Plus channel.

Today’s Champions League match will be broadcast live on the SuperSport Football Plus channel on DStv.

So, ensure you have subscribed to the DStv Compact Plus and above to watch the match.

The table below is a list of all Champions league matches that you can watch live on SuperSport on DStv today:

What Channel Number Is UCL On DStv

Champions League is on DStv channels 225 & 205, which is the SuperSport Football Plus channel.

It is dedicated to showing all UCL matches live on DStv.

You can watch the Champions League on the following Day packages:

What Channel Is Showing Champions League On DStv

You can switch to channels 225 or 205 on DStv and watch UCL matches live.

Can I Watch the Champions League On Compact

Yes, DStv Compact shows Champions League live matches, but not all the games.

If you don’t want to miss any Champions League game, better subscribe to DStv Compact Plus.

That is all we have for you in this DStv UEFA Champions League guide.

We answered the following:

What channel is showing champions league on DStv

Which channel is showing champions league on DStv today 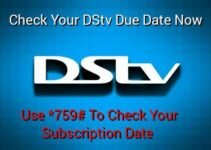 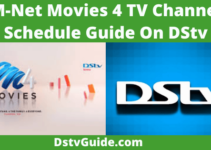