Inter Milan has added a new trophy to their trophy cabinet. As the new Italian Serie A season is underway, fans across the world are looking forward to seeing Inter Milan continue their dominance in the Serie A league.

But the next question is, will Juventus allow Inter Milan to continue their dominance in the league? Well, the season is fresh, and time will tell.

However, the competition between Juventus and Inter Milan is intensifying, and for that reason, matches of both teams, including AC Milan, Napoli, and As Roma, have become more exciting.

Moreover, if you are a fan of the Italian Serie A, this is the time to join the excitement and enjoy the feeling of every moment in the league. So, I have dedicated this guide to give you guidelines on how to watch Inter Milan matches live on DStv.

So if you are ready, let’s find out how to watch all Inter Milan matches on DStv, including which channel will show Inter Milan games in the Italian Serie A, Coppa Italia, and the UEFA Champions League on SuperSport.

Inter Milan matches are shown on DStv SuperSport, including their matches from the Italian Serie A, Coppa Italia, and the UEFA Champions League. Customers with an active DStv compact subscription and above can have access to all Inter Milan League matches on DStv SuperSport.

Which Channel Will Show Inter Milan Match On DStv Today

Which Channel Is Showing Lazio Vs Inter Milan Match On DStv

Where To Watch Inter Milan Match On DStv

On any of them following SuperSport channel is where you can watch Inter Milan match live on DStv:

Read This Guide: Watch Italian Serie A On DStv.

Which Channel Is showing Inter Milan League Match On DStv

The SuperSport variety one channel is showing the Inter Milan League match live on DStv.

You can switch to any of the SuperSport variety channels to watch the Inter Milan League game on DStv.

SuperSport football Plus channel is showing the Inter Milan Champions League match live on DStv. Kindly ensure that you have an active subscription of DStv Compact plus bouquet your DStv account.

That is all we have for you in this DStv Inter Milan Guide. Now you know which channel will show Inter Milan match on DStv. 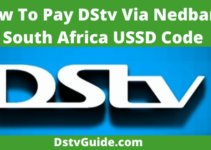