The Spanish La Liga is underway, and as we have witnessed entertaining and exciting League matches with defense-splitting passes, ball possession, and the fancy passing game notable to the Spanish League, football fans across the world are looking forward to seeing the heat in the battle between Barcelona and Real Madrid.

With Atletico Madrid giving a tough competition to Real Madrid and Barcelona, it is no longer a fact that the Spanish La Liga is a two-horse race.

The likes of Athletic Bilbao, Sevilla, Real Sociedad, Valencia, and other top teams in the La Liga, strengthen the competition in the league, and every game in the Spanish La Liga has become unpredictable.

However, if you are a fan of Real Madrid or Barcelona, it’s time to join the action and have a feel of every match. You can watch Spanish La Liga on DStv today live on your tv and DStv Now App.

For that reason, we have dedicated his guide to give you how to watch Spanish La Liga matches on DStv. In this DStv La Liga guide, you will know which channels will show the Real Madrid and Barcelona match live on SuperSport.

Where Can I Watch La Liga On DStv

You can watch La Liga on the DStv channel number 207, the Super Sports La Liga channel. It is dedicated to broadcast all live matches from the Spanish La Liga to DStv customers on family, compact, compact Plus, and Premium packages.

Today’s La Liga match will be shown live on the DStv SuperSport La Liga channel on 204 and 224, respectively. Kindly subscribe to the DStv family, compact, compact Plus, and premium package to watch all La Liga games live on DStv SuperSport.

Yes, SuperSport will broadcast this season’s La Liga matches. So, you can watch all live matches in the 2021/2022 Spanish La Liga League season.

With the least subscription of the DStv family package, I bet you can watch all the games from the Spanish La Liga live on SuperSport.

Dstv subscribers in Ghana can watch all Live matches from the Spanish La Liga on Channel 227, which is the Super Sports La Liga channel on DStv in Ghana.

However, you must know that to watch the La Liga channel on DStv in Ghana. You must subscribe to the DStv family package and above.

On DStv Nigeria, you can watch all Spanish La Liga live matches on the SuperSport channel 207, a dedicated channel for La Liga on DStv Nigeria.

So if you want to watch Spanish La Liga League games live on DStv Nigeria, you must subscribe to the DStv family package up a fence with your channel to Channel 207 and watch all the matches live.

Which Channel Is Showing La Liga Match On DStv

You can subscriber to the following DStv packages to watch Spanish La Liga:

That is how you can watch Spanish La Liga on DStv today. 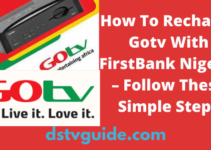