It is time again, and after a long wait, the most anticipated 2022/2023 EPL season is here, and you can catch all the action live on SuperSport on DStv.

So in this guide, we will show you how to watch every EPL match live on DStv, including matches of Liverpool, Chelsea, Manchester United, Arsenal, Man City, and many more.

The English Premier League is the most popular in Europe, and over the years, it has featured numerous iconic football stars around the world.

Average players do not play in the English Premier League as the league is more competitive, intense, demanding, controversial, and tough to play.

Recently, Manchester City has dominated the English Premier League until Liverpool showed up, and now we have a strong force in Chelsea.

However, given the number of players Chelsea, Man City, Man U, and Liverpool added to their squad, this year’s EPL will be one of the best seasons we have witnessed in the English Premier League.

However, fans from across the world are looking forward to joining the EPL’s entertainment, fun, excitement, and intensity, and if you are a fan of the Premier League, it is time to know which channel to watch the games.

So, we have dedicated this guide to show you how to watch all EPL games live on DStv, including matches of Manchester United, Man U, Chelsea, Arsenal, Tottenham Hotspur, and more.

Let us begin if you are ready.

DStv has exclusive broadcast rights for the English Premier League, and its rights cover the whole of sub-Saharan Africa.

That means they have the right to show all EPL matches to all DStv customers in Kenya, Nigeria, Ghana, South AFrica, Zimbabwe, Botswana, and many more.

All matches from the English Premier League 2021 will be shown live on DStv. However, it will be available to DStv Family subscribers and above.

So, you must ensure you have an active subscription on your DSTv account to watch every EPL match live on SuperSport.

Read This Too: Man City Match On DStv Today

Which Channel Is Premier League On DStv

It is the home of all EPL matches on DStv, and once you have subscribed to DStv Compact Package and above, you can watch all EPL games live.

The table below is the tv schedule guide for Eglish Premier League on DStv:

Which Channel Is Showing Premier League On DStv

Today’s EPL match will be shown live on the SuperSport Premier League channel on DStv.

The EPL channel 2022 on DStv is the SuperSport Premier League channel. It is dedicated to showing all EPL matches live to DStv customers.

So, you can get all Premier League 2022/2023 matches live on the SuperSport Premier league channel on DStv.

What Channel Number Is EPL On DStv

Which Channels Show EPL On DStv

You can watch EPL on the following DStv Package:

Yes, you can watch some Premier League matches live on GOtv. So, Gotv customers can watch EPL games live. However, ensure that you have subscribed to the GOtv MAX package to watch EPL. 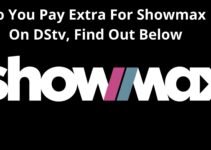 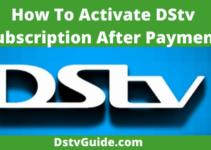 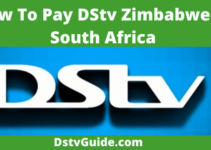