A few years back, DStv multichoice had the rights to broadcast the French League 1 matches live on SuperSport, but unfortunately, they lost the right due to reasons known to multichoice.

We, on the other side, believe that it was due to the unpopular nature of the French League. That is why DStv does not have an interest in broadcasting the French Ligue 1 matches.

Since Pari Saint-Germain bought Neymar Junior from Barcelona, the interest in the French League 1 across the world has risen, and with the likes of Kylian Mbappe in the team, most football fans across the world are always poised to watch the League 1 matches.

For that reason, we have received numerous messages from football fans across sub-Saharan African countries seeking how to watch French League 1 matches on DStv.

Even though DStv does not have the right to broadcast the French Ligue 1 matches, we have found a way you can use to watch all French League matches live on DStv, including matches from PSG, Olympic Marseille, Olympique Lyon, AS Monaco, and Lille.

So, without wasting much of your valuable time, let us begin.

How Can I Watch French League 1 On DStv

What Channel Is French League on DStv

These are the channels that show French Ligue 1 matches live on DStv:

There is no DStv SuperSport channel that shows Ligue 1 matches. That is because Multichoice does not have the broadcasting rights to air French League matches on DStv. But there are other channels that show Ligue 1 games live on DStv including Canal+Sport2, Canal+Sport 3, and TV5Monde.

The French League channels on DStv are the Canal+ Sport2, Canal+Sport3, and TV5Monde on the DStv French plus package. Take note that before you can watch the French Ligue channel on DStv, you must subscribe to DStv French’s last package, which is an add-on package on DStv.

To watch the French League 1 matches on DStv, you must subscribe to DStv French plus package, which has the Canal plus Sports 2 and Canal plus Sport 3 that shows all live matches from France League.

If you want to watch the PSG league live match on DStv, you switch your channel to Canal+Sport2 or Canal+Sport 3 On DStv channel 724 and 723, respectively.

Check This Out: UEFA Europa Conference League On DStv

Which Channel Is Showing PSG Match On DStv

The Canal+Sports 2 channel is showing the PSG match live on DStv. You have to subscribe today to the DStv French plus package before you can watch the match live. So, you can contact the DStv Help center to subscribe to the French Plus bouquet.

DStv already shows French Ligue 1 matches, although they do not show on SuperSport but rather on Canal+Sport2 and Canal+Sport3 which is available on the DStv French Plus package.

So, you can contact the DSTv customer care in your country and you will receive a quote to get the French Plus bouquet and watch the French League live on DStv.

That is all we have for you on how to watch France League on DStv. 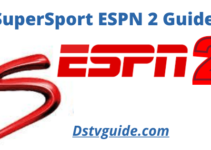 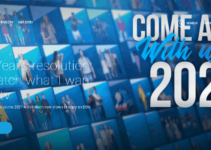 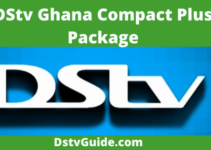