Paris Saint-Germain will be looking forward to continued dominance in the French Ligue 1 this season. Still, given the tough opposition from Lille, AS Monaco, Olympique Marseille, Olympic Lyon, and many others, it will be an epic moment to watch.

So if you love to watch the likes of Neymar Junior Santos and Killian Mbappe Lottin, here is the DStv PSG guide. This guide will show you how to watch PSG live matches from league 1 and other competitions on DStv.

Paris Saint-Germain has been playing some top-notch football across the European tournaments for the past few seasons after dominating the French Ligue 1 for years.

Their continuous search for the UEFA Champions League trophy has added prolific players to their squad. The biggest news football has ever received is Lionel Messi joining PSG and the fashion around it has put the team in a huge obligation.

Moreover, most people think PSG’s squad depth means nothing, as they have failed to conquer Europe several times with all these stars. But you can never write them off, as we are always one of the favorites to win the competition when it is about to start.

So let’s wait to see what beers Day has for us this year, and maybe at some point, we can analyze their performance.

If you have been using DStv for quite a while now, you will agree with me that the French Ligue 1 was one of the most popular football leagues that DStv has broadcast over the years.

At some point, when the league lost its popularity, as the Premier League was taking over every football fan’s attention, Multichoice discontinued renewing their TV rights with the French League. Up-to-date SuperSport does not have the right to show the French League 1.

However, in today’s guide, I will show you how to watch French Ligue 1 matches live on DStv, including all Live games of Paris Saint-Germain.

So let me know if you are ready to let’s begin.

If you want to watch PSG Ligue 1 live matches on DStv, you can subscribe to the DStv French plus package and watch all PSG League matches live on the Canal+Sports2 and Canal+Sports3 channel on DStv.

Today’s PSG match will be live on DStv, you can subscribe to the DStv French plus package and get the Canal+Sports2 channel and the Canal+Sport3 channel to watch the PSG League match today, but for their Champions League games, you can get it on SuperSport.

Which Channel Will Show PSG League Match On DStv Today

Which Channel Is Showing St Etienne Vs PSG Match On DStv

Canal+Sport2 is showing the Ligue 1 match between St Etienne vs PSG  live on DStv right now. St Etienne vs Paris Saint-Germain is live on Canal+Sport2 on DStv. If you have subscribed to the DStv French Plus package you can watch the game now.

What Channel Is PSG Playing On DStv

If PSG is playing, you can watch it on the following DStv channels:

That is how to watch all live matches for PSG on DStv. 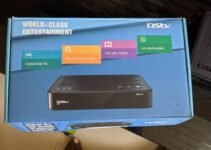 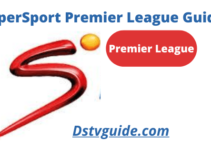